Holding a memorial service is the first step in the grieving process. 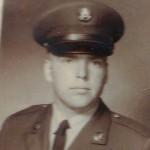 Edward was a roofer. He was a member of the American Legion and loved spending time with his family.

In accordance with Edward's wishes no services will be held. Cremation has taken place.

Preserve the memories and special thoughts shared
by friends and loved ones with a Memory Book.